Another type of cracked lacquer does not require the use of sheets of fabric.  First a layer of “nizi” – a kind of adhesive, is spread evenly over the surface of the furniture,  preferably brushing on a thicker coat of “nizi” rather then a thin one.  The adhesive is then left to air dry for a short period of time. Water and fine sandpaper is then used to smooth out and polish the surface and again, allowed to air dry for a short time.A coat of lacquer is then brushed over top the layer of “nizi” – usually at least two times depending on the desired thickness. This is again, then left to air dry for at least one full day. The surface is once again polished using fine sandpaper and water and a 2nd layer of “nizi” is applied which is also left to air dry for a short period of time. A 2nd coat of lacquer is also applied again over top of the “nizi,” again using at least two coat. When this 2nd coat of lacquer has dried the surface is again given a wet polish with water and fine sandpaper and after allowed to air dry for short time. Sometimes the color of the lacquer is switched in one of the layers to cause a multi-color effect.After this, during the final steps lacquer is sprayed on (not brushed this time, but sprayed) usually in a least two coats and once again allowed to air dry. The final step is to brush the entire surface with two or more coats of paint thinner and again allow to air dry. These two final steps are what cause the crackly effect.  The end effect looks quit nice!

Patina StyleThe Giannettis have developed a design style that embraces Patina, the beauty that the passage of time brings to objects in your life.
Patina Style... Read More >

Death in Lacquer Red (A Hilda Johansson Mystery, No. 1)In a delightful new mystery set in turn-of-the-century South Bend, Indiana, Hilda Johansson, a young Swedish immigrant working for the Studebaker family, is drawn into a perilous murder investigation when she stumbles upon the body of a woman who had recently returned from missionary work in China. 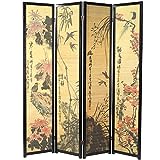 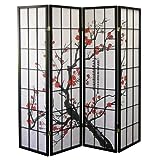