I have had this photo of a “Pai Lou” (牌楼) which has been sitting on my hard drive for ages. I snapped the image of this particular one, a few years back while buying salvaged wooden architectural elements, which we would then restore and create matching stands for providing them with a second life. This particular one was from northern China, likely Shanxi or Shandong provinces.  Due to Chinese export restrictions on certain types of antiques, its difficult to ship something like this abroad in its entirety, so I assume this one eventually found its way to a park, restaurant or maybe even a private home. But individual carvings are less of a problem and often find a new lease on life on someone’s mantle. On the image above, I have added some carvings we restored – can you see where each one might have originally fit into the completed puzzle?

Unlike this one (above) which comes from Yunnan province in the far southwest. Notice the difference in style?

But I often find myself explaining to people what theses wood carvings were originally used for /where they came from.  So when I came across these model images of the  traditional method of joining these brackets and supports  together, I reminded me to get these photos finally uploaded.  Known in Chinese as “dǒugǒng” (斗拱), this unique structural system of interlocking wooden brackets places emphasis on supports rather then the walls themselves and has been in use in China for centuries.

The images of the wooden construction model below come from the Chinese History forum (which of course is a re-post from elsewhere). I have taken a few of them and combined them side by side with some real world examples. Fascinating how it all fits together in a splendid three dimensional puzzle of both form and function.

Some of these are double sided and sometimes retain traces of their original colors which one would hopefully want to preserve when restoring the carving.

The full set of images of a miniature model showing how a more complex version of the system works – this particular type can be easily found by looking at any larger well known structures in China like halls and temples.

For those out there assuming you can just take any old architectural elements and have a stand made for it, I offer a word of warning: each and every element is different and thus each stand or frame must be made to match and compliment the original style of the carving itself. Easier said then done and if the proportions are off the whole piece will feel clumsy and awkward.

Some before and after shots of reclaimed carvings mounted on stands…

If you want to dig in a bit more into the history of the architecture itself there are quite a number of decent books on the subject. A few suggested ones:

Snitte: The Danish Art of Whittling: Beautiful Wooden Birds to MakeCreate simple but stunning bird sculptures with snitte, the Danish art of wood whittling—even if you're a beginner!
Master the art and crafts... Read More >

Direct Wood Sculpture: Techniques, Innovation, CreativityThis is a book that explores into two worlds, the appreciation of wood as medium for sculpture and a practical look of technique. The history of sculp... Read More >

Learn the fast and simple way to whittle in this fun introduction to woodcarving. Discover how to whittle in less time... Read More >

for $69.95 New from $49.95
Hand Carved Light Green Authentic Jade Elephant on its own wood display stand. The Elephant ... read more 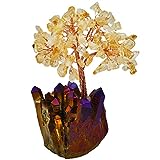 for $89.99 New from $21.99
These gemstone money trees are made of resin and crystal bead ,Leaves and branches can be ar... read more